Syrian refugee children process trauma through art
NGOs in Lebanon have been using art therapy to help children to deal with the horrific events they witnessed in Syria.
By India Stoughton
Lebanon – 4 March 2017
Beirut – Some Syrian refugee children process the trauma of war by drawing tanks and bloodshed; others focus their art on rainbows and flowers, images of happier times.

This is what art therapists working in Lebanon have found after years of working with Syrian children fleeing war in their home country.

« Art is a very effective way to work with kids, » said art therapist Dania Fawaz, who has collaborated with a number of NGOs that work with vulnerable youth, including Tahaddi, Himaya, Intersos and Caritas.

« Verbalising a traumatic event for a child – or even for an adult sometimes – can create so much anxiety that it hinders their capacity to express, » she told Al Jazeera. « A lot of children, especially the younger ones, haven’t developed the verbal skills they need to describe such horrific events, especially if you’re speaking about war. Art is a less directive and more natural tool for children to express themselves. »

« [Some] children who’ve recently arrived in Lebanon from Syria very quickly begin to draw images of chopped heads and the army tanks coming closer – very graphic images for a child to have seen… [Others] have lived through a lot and all they want to draw is rainbows and flowers, and this is what they need. »

The aim of the art therapy sessions is to help children to overcome symptoms such as anxiety, anger and behavioural difficulties. 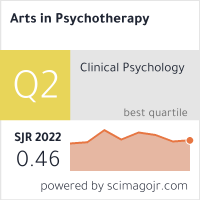 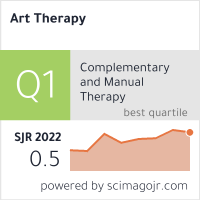